While co-teaching “The Heroine’s Journey: Writing and Selling the Female-driven Screenplay” with Pamela Gray — who wrote the scripts for “A Walk on the Moon” with Diane Lane, “Music of the Heart” with Meryl Streep and “Conviction” with Hilary Swank — we realized that by studying the best females protagonists, we can learn a lot about of how to live our lives.

This was part of the Mill Valley Film Festival’s “Mind the Gap” program to have more female writers, directors and producers involved in a chauvinistic film and television industry that still favors men.

Like the Hero’s Journey, the Heroine’s Journey is a cycle that is divided into two hemispheres, a Day World and a Night World. Though sharing certain mythic terms like Threshold Guardians, Separation, Descent, Initiation and Return, the comparisons between these two mythic approaches to storytelling basically ends there. A monomyth can not contain the complexities of a woman’s journey.

The back-story wounding for the female protagonist begins the day that she’s born. This is because the Day World, or status quo world, of the heroine is a world of patriarchal chauvinism, where she is judged at birth as less-than because of her gender.

The Heroine’s Journey in female-driven stories is an inner world quest for the heroine to find her voice, and express her truth to the outer world.

In order to survive in this patriarchal world, our heroine may initially be using her masculine energy to compensate for the disconnect with her feminine energies like one-ness with nature, sharing, intuiting, empathy and receiving. But success in the outer patriarchal world often leaves our heroine feeling empty inside.

This is how Pearl (Diane Lane) is feeling in the opening of Pamela Gray’s “A Walk on the Moon. Her inner Call to Adventure is what sets Pearl on the quest to find her voice and express it through words and actions in a patriarchal society that does not want to see or acknowledge her feminine power. 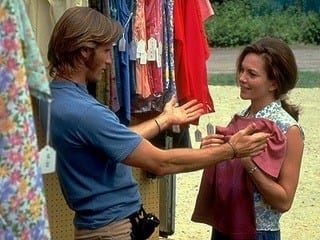 What we learn from Pearl’s journey is that:

Change begins with an inner shift of self-perception.

Pearl follows her bodily-felt wisdom, even though this is going to affect a chaotic change in her status quo reality.

In the outer world of female-driven stories, we can chart a linear cause and effect plot line, but in her inner world journey, heroines are experiencing all the stages in their rites of passage simultaneously. The Heroine’s Night World or Unconscious is not bound by the time space continuum and hence she is in a constant state of receiving new archetypal insights and wisdom – as long as she can resist seductive forces that freeze change:

The seductive forces that freeze change are blame, complaints and self-pity.

Heroines may experience this, but they don’t put their attention there; they learn how to feel the pain and continue to move forward, without being enslaved by it – by telling the truth and not apologizing for their bodily felt wisdom.

What we learn from these female protagonists is to embrace feminine values based on the power of love in the face of patriarchal systems that are addicted to the love of power.

Even though our Day World status quo society doesn’t outwardly value feminine energies like compassion, intuition and sharing, we can learn to value those qualities in ourselves. By following the journeys of female protagonists from Vivian Leigh’s Scarlet O’Hara in “Gone with the Wind” to Carrie Mulligan’s Maude in “Suffragette”, we learn that:

The Heroine’s Journey is a movement from a dependence on outer authority for approval to a reliance and trust on our inner authority to make informed decisions. 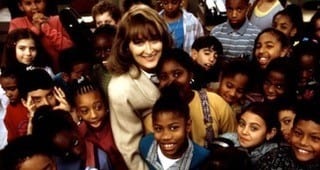