24 Things to Know About Thrillers 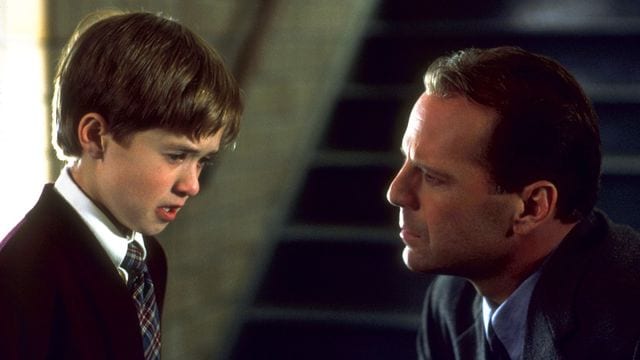 Here are 24 things to know about crafting thrillers:

1) Thriller is a combination of crime and horror stories where a detective or an average person acting like detective is victimized and in great danger. (Note: see John Truby on thriller).

2) The stakes for the main character are lethal and immediate.

3) There is always a crime, and usually a murder, at the beginning.

4) The suspense does not come from the gruesome-ness of the crime but from when the next crime will be committed.

5) The suspense also comes from whether the hero will become a victim of the antagonist.

6) The structure is based on the order that the audience’s learns things.

7) The thriller focuses on the hero feeling lost, insecure, and on the edge. Primary objective is to create fear in audience, a sense of edgy vigilance.

8) A thriller is orchestrated through a core triangle of characters: main character, guide and antagonist.

9) The antagonist is the driving force in thrillers. There is a difficult balance: the hero is victimized but not a victim; the hero is reacting but not passive. The story trajectory is predicated by the back-story plans and actions of the antagonist. The antagonist is representative of a larger conspiracy or threat, an imminent scheme that endangers the protagonist and the community at large.“ 3 Days of the Condor” – CIA taking over Middle East“North By Northwest” – Vandamm selling secrets to other enemy. (Note: see Neil D. Hicks, “The Terror Within”

10) The level of dramatic intensity is predicated by the proximity of the audience, through the vehicle of the hero, to the evil nature of the antagonist.

11) The network of characters surrounding the thriller hero is comprised of victims, perpetrators and allies.

12) The general thematic issue: faith versus skepticism. (Hitchcock: “What happens when you fall in love with someone who might kill you?”)

13) The theme, or relevance, pertains to individual’s relationship to society (power and control) as it reflects the issues in that society (city, world, universe). Themes derive from the social issues in the main character’s story world as they reflect the current, pressing and threatening issues in the audience’s society.

14) Must arouse negative excitement: dread, fear of violent death, being chased by a demon, tortured by a devil, horror, terror, loss of control, fear of chaos and death. The audience will regress to a frightened child, a feeling of helplessness. The world of the shadow is primitive (Buffalo Bill) and/or malicious(Hannibal Lecter). The antagonist is driven by negative emotions: shame, resentment, envy, aggression and guilt.That which is repressed, gains more energy, gains power.

15) Through the hero we are taken into the shadow world, crossing the boundaries between the human and non-human (the monstrous in human nature).

16) The thriller main character’s mode is based on their conscious core virtue and their subconscious blind spot, or vulnerability. Thriller heroes often have a blind spot because they see the evil in the antagonist but not in themselves. Their need is to realize the blind spot, discover the secret plans of the antagonist, face their primal fear on behalf of the society, and restore the lost values of the society. The antagonist represents the monstrous, negative exaggeration of this vulnerability.

17) Thrillers are based on external conflict and therefore the hero and antagonist are clearly defined as separate characters.

18) The wit of the hero is matched with the evil nature of the antagonist.

19) The Subtext then is not what the hero needs to discover about himself, but what he need to learn – the clues, the secrets – about the antagonist’s crimes.

20) Thrillers are made more personal through unresolved conflicts in relationships, not through revealing inner psychology.

22) The most amount of dramatic action is when the character arcs of the main character, guide and antagonist intersect.

23) Thrillers can be defined by subgenre, central action, and situational motif.